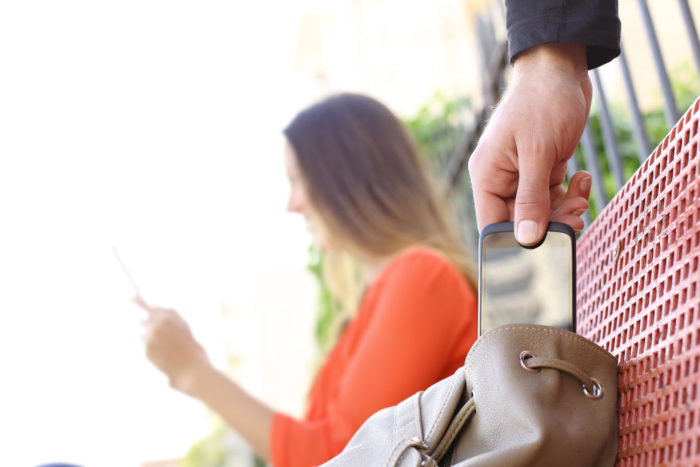 With an increase in cell phone thefts across the United States, smartphone providers and security firms have been looking at innovative ways of increasing phone security to decrease crime related statistics.

The latest bold idea put forward to combat this problem is providing users with the option of a self-destruct button for their handsets.

Researchers at King Abdullah University of Science and Technology (KAUST) in Saudi Arabia have created a self-destruct mechanism that can be applied to electronics to destroy all data within just 10 seconds.

The technology can be triggered either when a sensor is tripped or remotely by an internet-based system, which could be the deterrent needed to reduce phone crime. 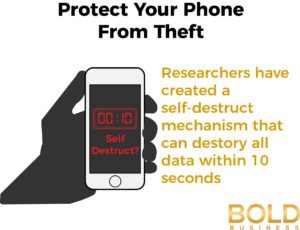 What might seem like something out of the movies, reminiscent of Mission Impossible, will soon become a reality as researchers are looking at many different variants of how the self-destruct mechanism can be used and released to market.

For example, one scenario uses GPS sensors to trigger self-destruct if the device is moved more than 50 meters from its base point, another is triggered if an object is exposed to light (when an object is removed from a box), and a final option being explored is when a device is lost or stolen the mechanism can be triggered remotely.

According to The Tribune, the technology is based on the concept of “expandable polymers used to create a layer that can expand up to seven times its original size when heated to temperatures above 80 degrees. The energy to produce heat comes from the battery of a smartphone or laptop with only 500 to 600 milliwatts enabling the polymer to expand and crumple a chip within 10 to 15 seconds.” In laymen’s terms this means that by almost (but, not quite) blowing up the battery it can disable the electronic device.

The researchers are now looking at making the technology more widespread, targeting government agencies and corporations who need an extra layer of security for computing devices.  According to Muhammad Mustafa Hussain, an electrical engineer at KAUST: “The first customers would be the ones who need data protection: Intelligence communities, corporations, banks, hedge funds, social security administrations, collectors who handle massive data”.

However, despite early successes in research, further testing needs to be conducted to improve the outcome of extensive trials. One main criticism of the technology – in regards to cell phones – is that this is a one stop option with no going back. If a device is triggered with the self-destruct mechanism, then that will be the end of the electronic device.

Although having a self-destruct button on your cell phone might be the latest must-have gadget, one can only imagine the outcome of triggering the switch after leaving your phone in your car thinking it is lost, or even worse accidently activating the switch.

With many cell phones going for around $700 these days, a self-destruct button might seem like an extreme and very expensive option, but when you think of the security implications it certainly is the perfect tool for protecting sensitive data and disabling a stolen device.