On May 13, 2019, the U.S. Supreme Court handed down a landmark decision. The 5-4 ruling stated that Apple App Store purchases of iPhone users could participate in antitrust legal actions. In essence, arguments that suggested consumers of Apple apps were not the brand’s direct customers were rejected. Instead, the Supreme Court ruled that an Apple monopoly might exist, and its existence deserves judicial opportunities for further exploration.

The ruling substantiated concerns that the tech giant has exploited its market position, especially in relation to Apple apps. But at the same time, the Supreme Court opened the door for much more. For one, while the ruling sided with consumers’ concerns about an Apple monopoly, it also raised issues for suppliers. In other words, Apple app developers may also toss their hat in the ring regarding Apple monopoly allegations. This case has notable implications for Apple and other tech giants as well. 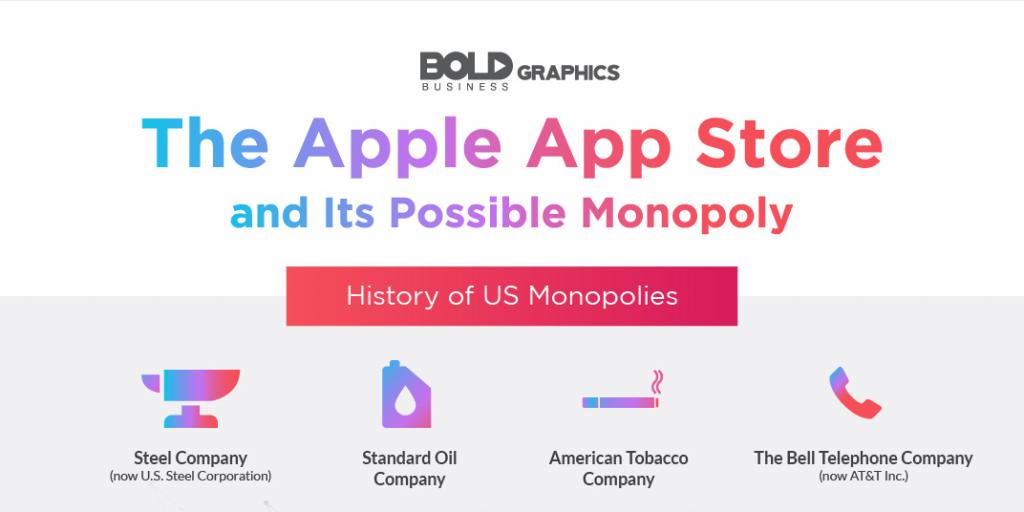 In assessing whether an Apple monopoly exists with its applications oversight, key definitions should be provided. A monopoly is said to exist whenever a single company dominates an entire sector or industry. In terms of the Apple App Store, it would be easy to claim that a monopoly is present. Not only does Apple require iPhone users to use Apple apps, but it’s also the only retailer for the apps. Likewise, Apple establishes many of the parameters related to the pricing of Apple apps.

Historically, the Sherman Antitrust Act and the Clayton Antitrust Act establish the ground rules when a monopoly exists. Any person injured in business or in property may sue a company in a monopoly situation. The original lawsuit, Apple Inc. v. Pepper, cited several app purchasers who claimed to pay excessive amounts for products. Essentially, they believed an Apple monopoly existed, and that fair competition was no longer present. This unfair environment was said to allegedly create elevated prices of Apple App Store products.

An Apple Monopoly, Monopsony, or Both?

While a monopoly refers to a single company exerting excessive control over a market, a monopsony is a bit different. A monopsony exists when a single buyer or seller controls supply, prices, or both. From the perspective of Apple apps, this detail has relevance to app developers. Because iPhone users can only get apps from the Apple App Store, manufacturers have to sell in this marketplace. Yet, Apple requires a $99 membership fee and takes 30 percent commission from every sale. Likewise, they set the minimum price at 99 cents and require all prices to end in 0.99 cents. All of these data support an Apple monopsony according to app developers.

In line with this, the Supreme Court ruling did not only advance support for an Apple monopoly among iPhone users. It also supported the possibility that a monopsony existed against Apple apps developers. As such, two such developers have come forward in a lawsuit against Apple, citing suppression of competition and innovation. It would, therefore, seem that Apple is caught in a legal battle with both iPhone consumers and Apple app developers.

The Supreme Court opinion allowing lawsuits to proceed against the Apple App Store has significant repercussions for Apple. At the same time, it has significant implications for other “big tech” marketplaces. Apple presented a defense that stated iPhone app users were not direct purchasers because they were buying manufacturer products. But the Supreme Court disagreed. Thus, any “middleman” position or marketplace service can now be considered as a retailer selling directly to consumers.

As far as Apple is concerned, it has only one remaining defense. It can allege that its Apple App Store’s policies seek to protect iPhone users against “bad” apps and malware. As a result, it hopes to undermine the arguments that suggest an Apple monopoly or monopsony exists. Certainly, the final outcome will have a significant impact on Apple, iPhone users and Apple apps developers. Furthermore, the rulings may also impact other companies in similar positions in the future.