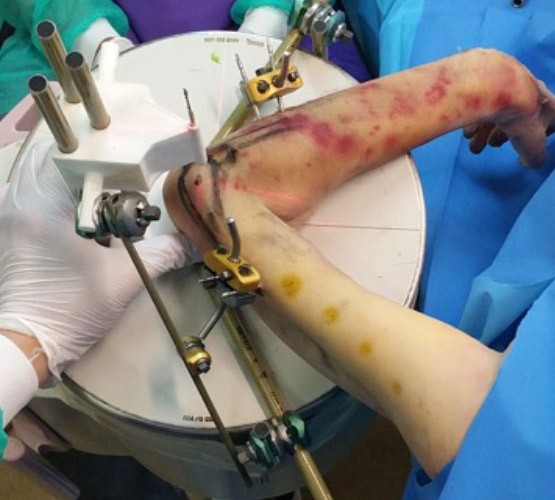 For most of its 30 years companies or experimental labs were just experimenting or using it only for rapid prototyping, which has been 3-D printing’s center of gravity for most of its history. Canalys, a market research firm, anticipates changes ahead and predicts the global market for 3-D printers and services will grow from $2.5 billion in 2013 to $16.2 billion in 2018, a CAGR of 45.7 percent.

Despite these trends, the 3-D printing industry faces challenges. Rapid prototyping will remain important but is not the game-changer that will expand the technology into high-volume use cases. Soon the industry will pivot to printing more fully functional and finished products or components in volumes that greatly outnumber the volumes of prototypes produced. For example, some makers of hearing aids and dental braces have adopted the technology for finished products. In addition, 3-D printing should supplement or supplant products and components manufactured traditionally and create items that can be manufactured in no other way.

“With new materials, new methods, and new applications, the young field is revolutionizing prototyping and manufacturing, and changing the worlds of design, medicine, construction, and, of course, hobbying,” according to Michael Abrams of the American Society of Mechanical Engineers. Recently he identified several innovative developments that are taking 3D or additive manufacturing as it is formally known to the next level.

Powerful Personal Applications
The world of biomedicine is where 3D printing technology has the greatest potential to significantly alter people’s lives for the better. It’s arguably where tailored one-off items are most in need. 3D printed implants and prosthetics have helped many, but what could be more miraculous than letting the paralyzed walk. Scott Summitt’s 3D Systems partnered with Ekso Bionics to do just that, according to Abrams. “The Ekso Bionics suit fits to a person’s body perfectly and will enable a spinal injury patient without the use of their legs the ability to walk again,” says Federal. 3D Systems gave Amanda Boxtel, who had been in a wheelchair for years, a full body scan. They were able to then make form-fitting parts (for spine, shin, and thighs in her case) that integrated seamlessly with the moving parts of an exoskeleton. As a result, Boxtel was able to walk again. Now Ekso Bionic is producing the system for anyone that needs robotic assistance.

Prints in Space
A rocket engine is no game-piece to be sold on Etsy. But that doesn’t mean you can’t 3D print one—or most of one. In fact, doing so gives you the option to test and retest more quickly and cheaply than any other manufacturing technique. Test and retest is just what Elon Musk and his engineers at SpaceX have been doing for years with their 3D printed SuperDraco rocket engine. This year the rocket finally got off the ground. “The innovation of a new, primarily 3D printed, reusable rocket is exponentially delivering new opportunities in space travel, mining, and colonization,” says Federal.

Phone Printer
Of course, no technology has been truly democratized until it can be done with a cell phone, Abrams observes. Jeng-Ywan Jeng, a professor of mechanical engineering and the dean of the engineering department at the National Taiwan University of Science and Technology, has invented a printer that uses light from a cell phone to polymerize liquid resin. “This product is not on the market yet but I have seen test prints that had remarkable resolution,” says Brian Federal, a North Carolina filmmaker how closely follows developments in 3D technology. Federal thinks “This innovation could be a major disruptor with the addition of tablet and TV versions that will bring cost to print down dramatically.” Jeng’s dream is to have the phone make the scan and then use its light in the tiny printer to print the end product. And maybe someday we’ll be printing as much as we’re currently texting.