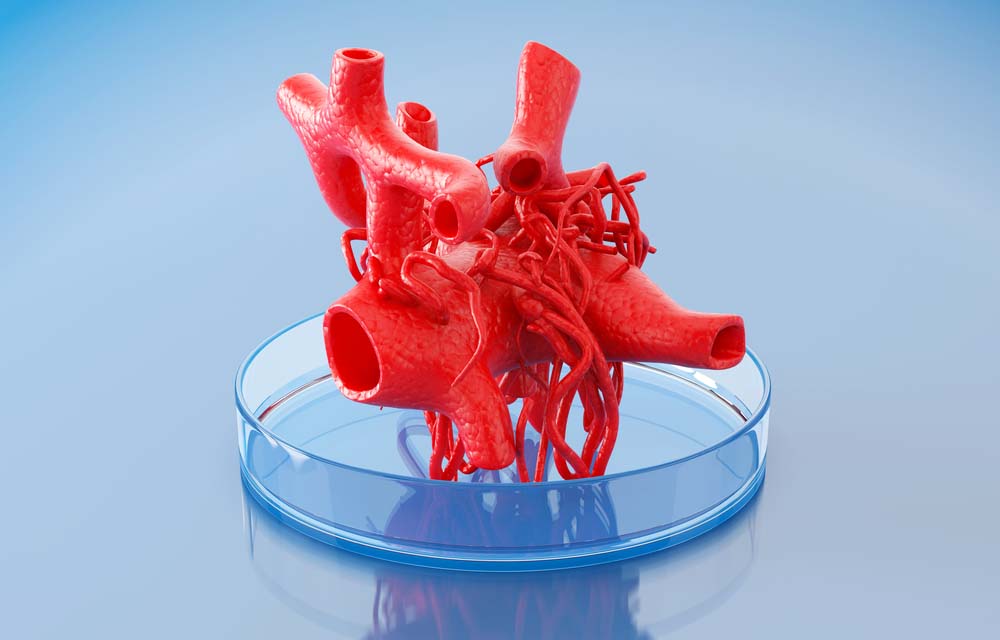 3D printing technology, is a game-changer for many industries. From items like shoes to the parts of an airplane, companies exploring the magic of printing items on demand in small runs.

“We’ve confirmed that these cells have the capacity to form capillary-like structures, both in a natural material called fibrin and in a semi-synthetic material..”

One of the most interesting areas of research with 3D printing is in the medical and scientific communities. Because of the self-organizing nature of cells,

3d bioprinting of tissues and organs shows the promise to print tissues and is even being used for skin and vascular systems.

Researchers have already found ways to print tissues and organs. This bold invention has helped people who suffered from many diseases, including Autoimmune hepatitis and Grave’s disease. But because 3D printing organs and tissues can only be used with larger blood vessels, there have been problems with integration.

Small blood vessels are needed in order to deliver nutrients and carry away wastes from the organs’ cells. If 3D printing cannot create a prototype of small blood vessels like capillaries, which is essential for the survival of organs, the cells eventually die.

Advancement of 3D Printing Over the Years

According to Brigitte de Vet, the Vice President of Materialise Medical, “In the future, 3D printing in medicine will no longer make the headlines, except in the most exceptional cases, because it will actually be an expected and accepted standard of care.”

TechRadar stated that today, some doctors are already using 3D printing in order to build real-life models of different patients. It helps them make an action plan in a whole new way, providing surgeons information that they have never had access to before.

Baylor College of Medicine and Rice University researchers worked together to develop a new technique that would help 3D printers to create actual capillaries. Because small blood vessels have many processes and links, creating a 3D print out of it has been a challenge.

Blood vessels are lined up with endothelial cells. In order to build vessels, each endothelial cell builds vacuoles, which are essentially empty holes. After the vacuoles have been linked to each other, they then form tubes that ultimately transform into capillaries.

Gisele Calderon, a researcher at Rice University, said that “We’ve confirmed that these cells have the capacity to form capillary-like structures, both in a natural material called fibrin and in a semi-synthetic material called gelatin methacrylate, or GelMA.”

Following these experiments, the researchers focused on GelMA because it is something that they can be readily adapted to 3D printing in terms of tissue-engineering applications.

Benefits of Printing Capillaries and Tissue

Within the next few years, the technology of 3D printing could become mainstream. The rise of this innovation is largely unstoppable. Its effect on the world of medicine promises a better health and longer life to many people.