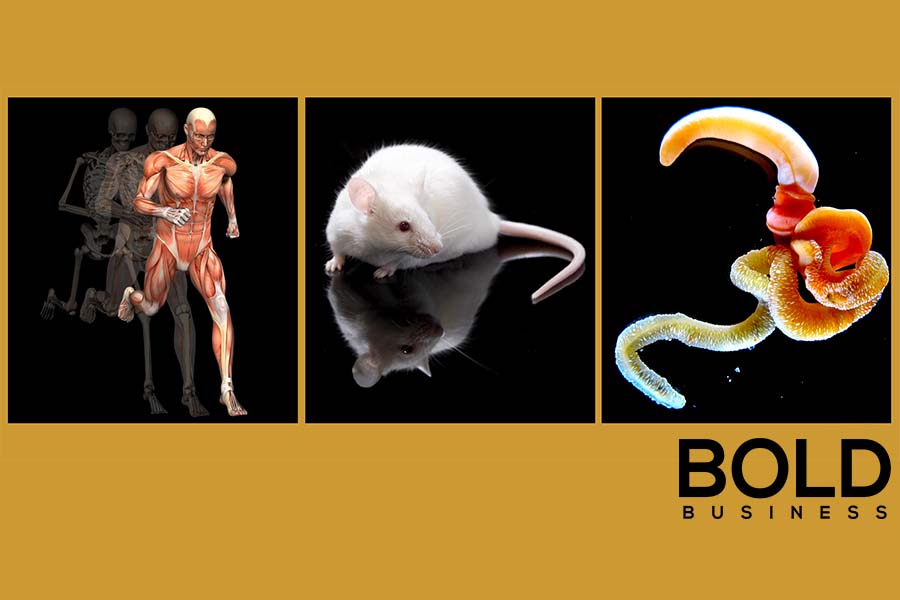 From worms to mice, scientists are looking towards other species in the animal kingdom to discover genes that may hold the key to regenerating human body parts.

The ability to regrow damaged limbs, organs or missing teeth would be the ultimate advancement in genetic engineering, restoring a healthy and productive life to millions (potentially billions) of people across the globe.

Researchers at the Georgia Institute of Technology (GIT) are studying Lake Malawi Cichlids (a colorful African fish) to determine how these fish can regenerate hundreds of teeth throughout their lifespan. The scientists have discovered the genes responsible this unique regenerative ability and are working to identify the chromosomes that cause their tissues to differentiate into teeth or taste buds. After collaborating with researchers at King’s College in London, the scientists realized similar genes were involved in the differentiation between teeth and taste buds in mice.

Regenerating teeth may not sound like the be all and end all of healthcare, but it is an enormous medical breakthrough. This is not simple replacement technology, it relies on unlocking the key to true regeneration of body parts. We begin with teeth, and what is learned may lead to the regrowth of limbs and vital organs.

When we consider that humans and mice share 97.5% of their genetic structure in common, there is good reason to believe that someday researchers may be able to regenerate teeth in humans. As Professor Paul Sharpe, research professor and co-author of the King’s College expresses, “The more we understand the basic biology of natural processes, the more we can utilize this for developing the next generation of clinical therapeutics, in this case how to generate biological replacement teeth.”

But there is more to a tooth than the enamel.  Professor Todd Streelman of the GIT points out researchers will need to understand how the nerves and blood vessels develop in the process of regeneration. Here’s where other exciting studies come into the picture. At Duke University researchers have identified the genes and DNA sequences (called enhancer elements) that enable Zebrafish to regenerate fins and hearts. To test the viability of this research in mammals, collaborating biologists at the University of California were able to activate these genes in the injured paws and hearts of mice.

Cellular Regeneration Could Lead to the Fountain of Youth

Then there is the lowly acorn worm of which we share 70% of our genome. When cut in half, the acorn worm has the amazing ability to regenerate into two identical, new worms. Imagine cutting a human in half and both halves resulting in two identical human beings! Researchers at the University of Washington recognize we have the genes for regeneration—after all, we can regenerate skin, hair, and nails, but something is preventing it from happening in our other body parts.

These biologists are studying the acorn worm to determine which types of cells are being used to trigger regeneration. With these discoveries, scientists may be able to regenerate human limbs, organs, and even aspects of the central nervous system.  Their conclusions will complete the picture of regenerating viable human teeth.

Genomic mapping has demonstrated the significant commonality of animal species at the genetic level. This discovery has resulted in the identification of the genes and genetic switches responsible for cellular regeneration. Ultimately, these findings may lead to the ability to regrow every part of the human body. Through continuous research of this nature, we may find we have indeed discovered the fountain of youth.