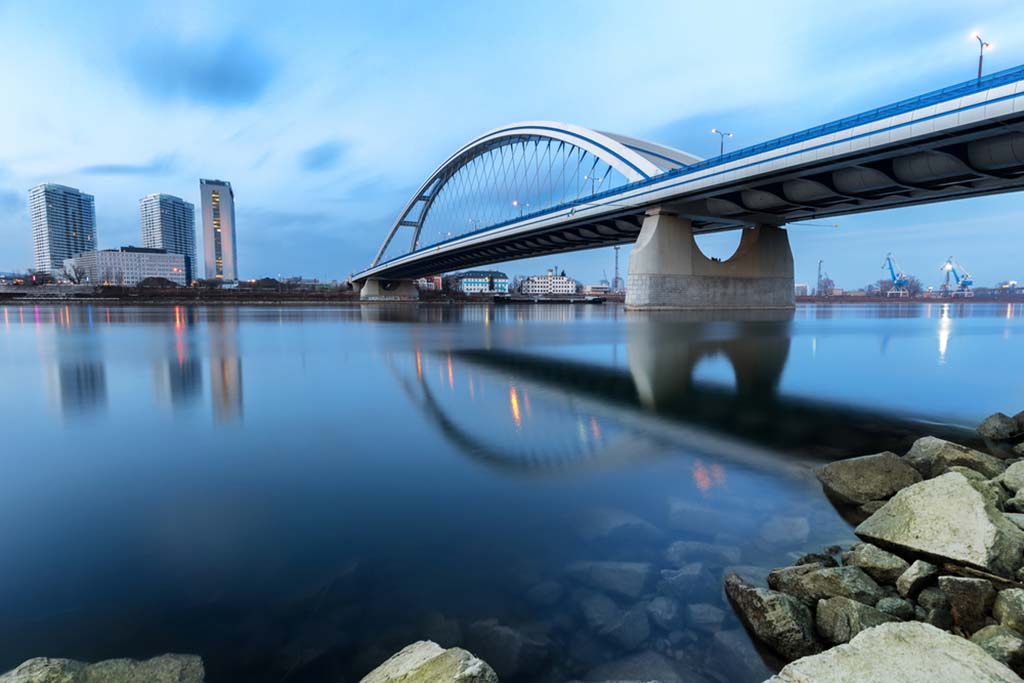 P3s are the hottest ticket there is when it comes to U.S. infrastructure funding. No other system offers the people of any country new and well-built infrastructure without those shiny new roads and bridges costing a dime. P3 is a great way to fund infrastructure that costs the public nothing and doesn’t create debt either. It’s clearly the answer to the United States infrastructure problems.

It seems like such a win-win situation, one wonders why the United States isn’t grabbing this lifeline with both hands. According to Bob Poole, the Founder of the Reason Foundation, a free market think tank, the United States is far behind the rest of the world in the use of P3 funding.

Poole notes that some of the challenges are structural. For instance, in the United States, funding for most infrastructure is through tax-free bonds, which makes it difficult for private companies to compete. In addition, the decentralized but layered structure of United States government, with federal, state, county, and municipal departments is a challenge when it comes to large scale infrastructure. The United States infrastructure problems could therefore be the best solution, if we really think about it.

As Poole suggests, private companies built and operate much of the highway system in Chile. Beginning in the early 1990s, the Chilean Government made plans for road infrastructure using the BOT model, an acronym for “build, operate, transfer.” Under this system, the private sector funds and builds the projects, and operates them as well, with revenue from tolls. There is also a government guarantee for 70% of investment in addition to maintenance and operating costs.

Chile delved into private road building as far back as 1935. There is an assumption that this long experience with privatization as a concept is the reason why Chileans have been so willing to adapt to the idea. The private roads enjoy widespread support and compliance by the majority of the population. As far back as a decade ago, Chile had already seen investment in their road system of over $5.3 billion.

Chile has four significant road projects that are critical to travel and mobility throughout the country. They are the North-South System which became open to public use in 2004. The owner is Autopista Central, S.A., and had major backing from ACS, Belfi, Skanska, and Brotec S: A. In this project the government invested $144.8 million, while private equity contributed $455.2 million.

What Else Chile has Been Doing

The Santiago East-West Highway System opened in 2005. The controlling body is Costanera Norte S.A., which comprises Autopista do Pacifico S.A, Autostrade Sud America S.R.I. The investment totaled $600 million, with $389.2 million contributed from private equity and $210.8 million from the government. The project opened to the public in 2005.

The Vespucio North-West System opened in 2006 and serves 1.5 million travelers. The concessionaire is Soc. Conces, Vespucio Norte Express S.A. The total investment was $350 million with $328.3 of that coming from private equity.

The entire system is undoubtedly very efficient and easy to run, using the Televia system for an electronic free-flow tele-toll. Users simply contract with one of the toll companies for automatic electronic payments. The Televia tags are free for users.

Australia has used P3 for numerous road projects, however, hey are one of the few countries in which most of their airports are privatized. And they began the process way back in 1988.

The first step was to create a corporation to manage the airports over the time it would take to go through the privatization process. The process took a number of years, but currently all of Australia’s major airports are under private lease agreement. Sydney was the last airport to go through the process, and was leased out in 2002.

Privatization allowed Australia’s airports to be upgraded and for services to be improved. At the same time they have proven to be good investments further adding to the strong Australian economy. Profit margins are up substantially since 2015, reflecting high and growing demand for airport services. All four major airports have seen year over year profit margins increase by 33.5% in Perth to 46.7% in Sydney. The Airports Branch of the Department of Infrastructure and Regional Development still regulate 21 of Australia’s airports. Can the same be done for the United States infrastructure problems?

President Trump is a big fan of P3. He promised to build one-trillion dollars of U.S. infrastructure in his campaign. This will solve the United States infrastructure problems. Many wondered where he would get the money. It is going to come from private investors in P3 projects. With this funding system, private equity will be able to invest a mere $200 billion in order to secure financing for $1 trillion.

Many in the business community are waiting anxiously to learn which projects will be opened up to P3. At this point no one knows for sure. Busy airports in the Northeast, like New York’s La Guardia are regarded as plums ripe for the plucking and progress has been made with LGA and P3 partners. The airport does a huge volume of business and is, therefore, in dire need of upgrades and repairs.

Projects Underway We Should Know About

A $4 billion P3 project with LGP, a consortium of firms, including Vantage Airport Group,Meridiam, Skanska and Walsh Construction, HOK and Parsons Brinckerhoff was signed by Governor Cuomo on June 1, 2016 and is well underway.  According to the New York State Press Release on Laguardia Airport Transformational Redevelopment, “The risk of cost overruns and schedule delays will be born solely by LGP under the design-build contract.”  Earlier this year the FAA’s Airport Privatization Pilot Program approved the preliminary application of St. Louis Airport to also begin P3 improvements.

Other possible projects may be roads and rail lines in heavily congested areas. This is true for Los Angeles to San Francisco, or Dallas to Houston but with a financial discipline and justification. Any number of bridges and roads may be ideal for P3 resulting in a vastly improved infrastructure that could be efficient, well-built and properly maintained. These are just some of the United States infrastructure problems.

Some of the many countries that have used P3 to build infrastructure are Chile, Australia, Japan, Jamaica, and even Puerto Rico. It solved their need for infrastructure development without breaking the government purse.